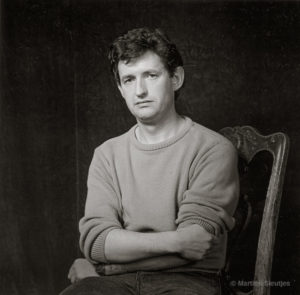 I am Martien Sleutjes (yes Martin with an extra e). I originate from the catholic south of The Netherlands where in my time Martien was a common name. I studied history at the very protestant Free University in Amsterdam, where I had my coming out.

Split
After my study it was very hard to get a job in history. I followed a training as information specialist. Through voluntary work in the magazine Homologie and Documentation Centre Gay Studies (now IHLIA) I entered a split life: on one hand information provider, on the other information automation.

Career
I started my career very small at Mr. de Graaf Foundation (research on prostitution), followed by reordering the historical library of the main Dutch gay organisation (Van Leeuwen Bibliotheek). From 1984 until 1992 I worked at STD Foundation. Starting as documentalist and technical support editor of the STD Bulletin I went on as policy maker and vice managing director. Due to a fantastic ex-colleague I switched in 1992 to Hiv Vereniging Nederland as general coordinator. In that time there was no life extending medication. Members of the board with experience in managing an organization stepped in when they were very ill. Continuity for the organization had to come from the supporting staff. 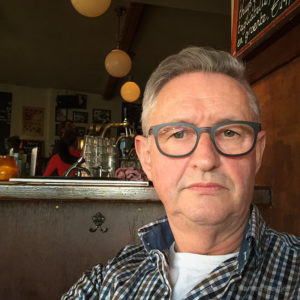 Memorial
These were really heavy years. All energy was drained and photography had to decrease. Friends and members of the Vereniging (Union) died that fast that it was problematic to remember them all. So I had to make a memorial: artificial flowers in the vase I received when I left the STD Foundation.
As promised I served my three years at the Union but ended with a burn out at the beginning of the fourth. From the summer of 1995 onwards I worked at a project at the Aids Fund to combine the databases of six information centres from Dutch aids prevention organization.

Interactive
The Internet had an important role in the project. So the transfer to the Interactive Department of Radio Netherlands Worldwide wasn’t that strange. Well, my friend was already working there. I have been technical webmaster, the go-between between pure technical stuff and the journalists. I took care of the internal internet training for radio journalists, informed the organization about statistics and helped with projects.

Historical Archive Project
After a few reorganizations in a row I went to a project in saving the audio and film archive of Radio Netherlands. We digitized old archive records, audio tapes, modern DAT-tape (which are already in the danger zone) and film. We did store the material in a new database which is designed with help from the project, but meant for easier archive by producers themselves. 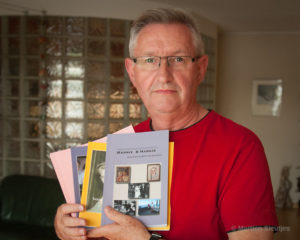 Politics
And then the government decided that Radio Netherlands as radio station had to go. On the 31th October 2012 around 300 people left the organization and a small company was left. In the last period we had to work hard to get the archive ready for transfer to a National Institute for Image and Sound.
I’m still looking for a new job which is not easy. More photography would have been a logical step, but I chose to refresh my historical techniques and went back as volunteer to IHLIA to produce books with live stories and do historical research. In the meantime I made a live story book for my mother and for my parents in law and used my historical skills to make and illustrated version of the war time diary of my husband’s grandmother.